Crooked metal rulers where made by following the cracked lines that appeared in the buildings that collapsed in Mexico City’s earthquake in 1985. The rulers hanged from a nail on the wall and then pencil lines where traced to form semi circles made by the repetition of the zigzag patterns. A work that in one hand is a formal study about how a chaotic form becomes organized by its constant appliance, it is as well a reflection about how a moment of social anarchy can be used to become a newer order. 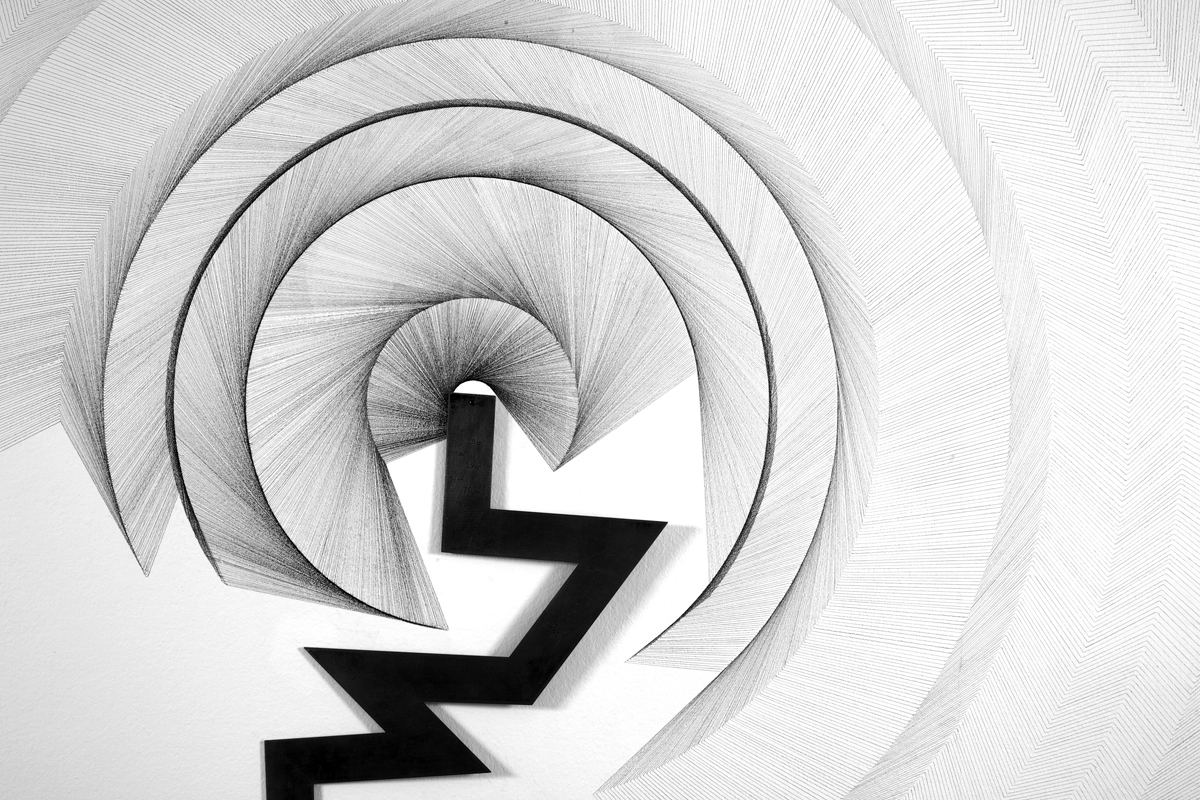 Detail of ruler and drawing 01 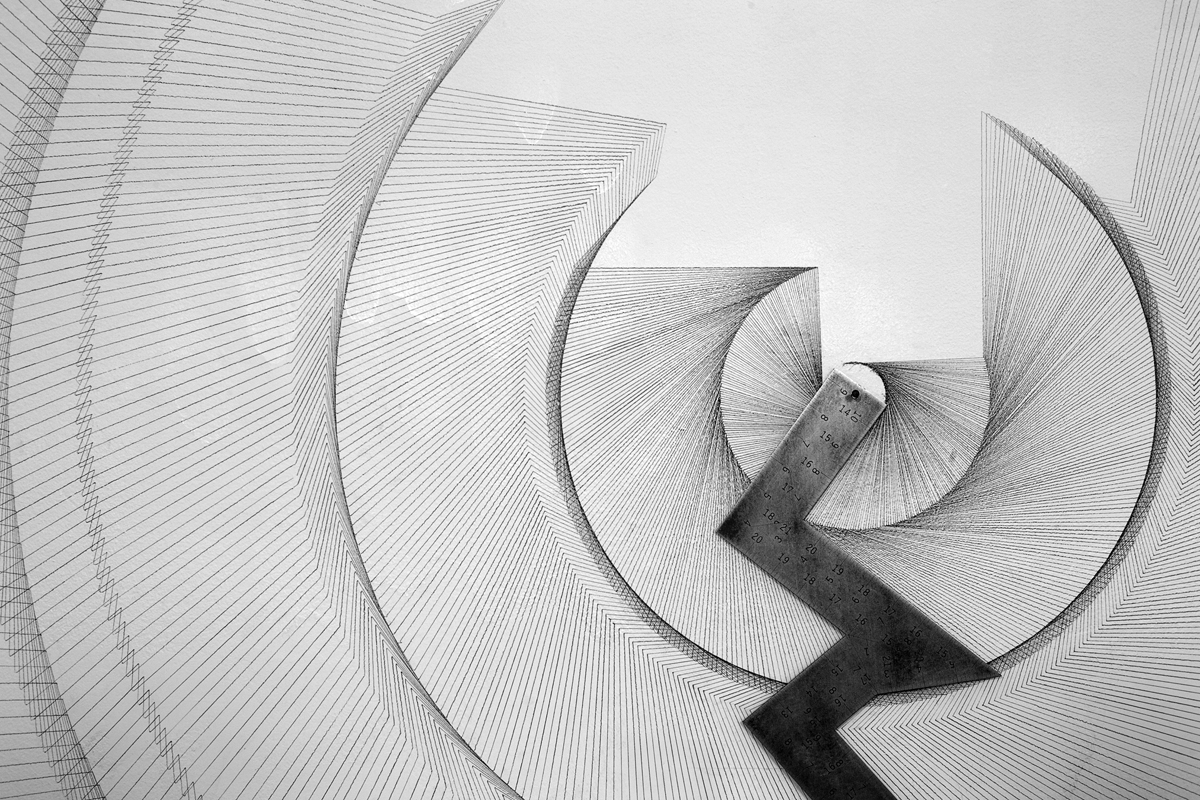 Detail of ruler and drawing 02

Newspaper juxtaposing images from Mexico City’s 1985 earthquake and anarchist texts from the last century. This work proposes a reflection on how a two week lapse of spontaneous anarchy was a profoundly influential aftermath for challenging the then official party government in Mexico. The citizen movement that was generated from the catastrophe layered the first steps for a change that took fifteen years to happen, in 2000. Based on pictures of the broken buildings, the newspaper copies where drawn with chaotic pencil lines, as to stain the reader’s fingers. 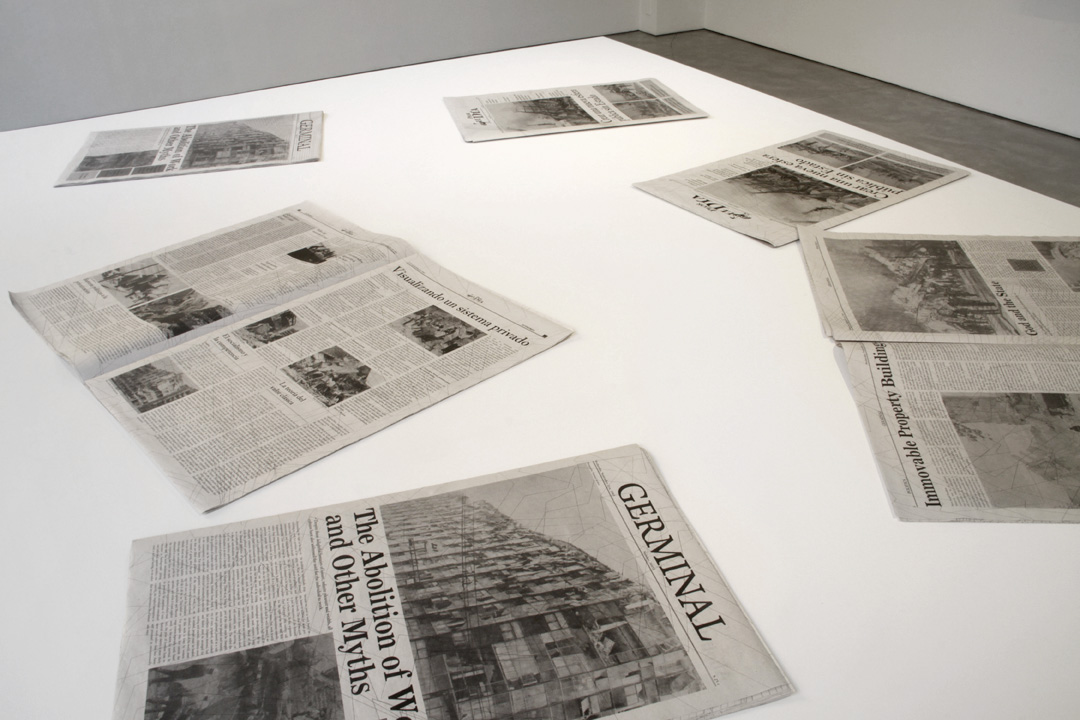 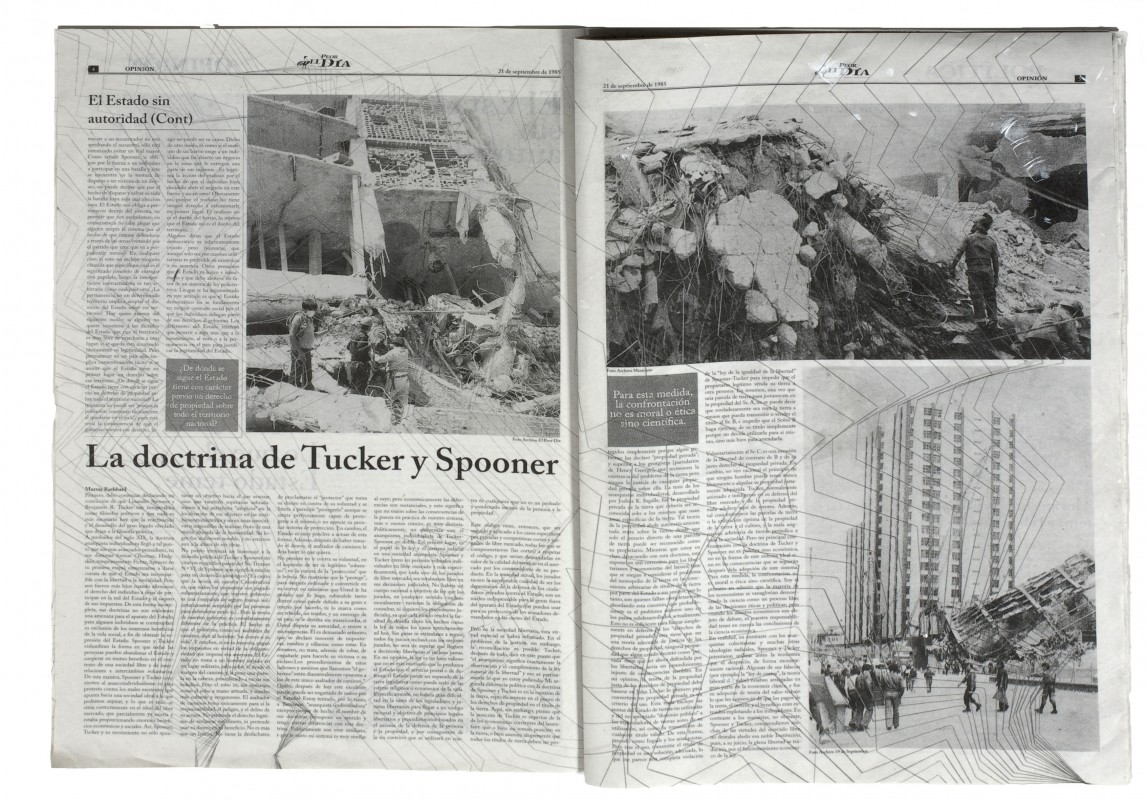 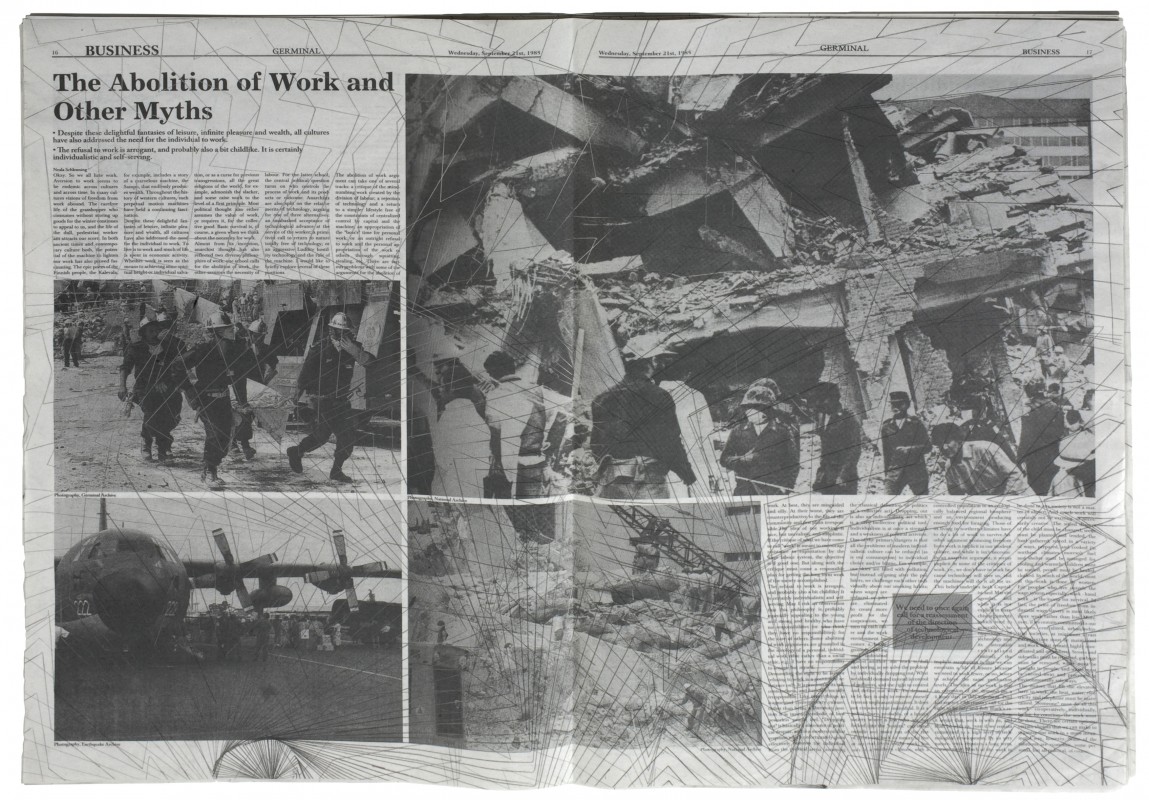