Orellana’s Fantasia is a short film that registers the shadows of a performance by Guatemalan contemporary music composer Joaquin Orellana, who created and used a set of musical instruments inspired in xylophones and marimbas after his studies at the Di Tella avant-garde music center in Buenos Aires, Argentina, by the end of the sixties.

After becoming interested in electronic music and worked with tape loops Orellana returned to his country to discover that he had no more access to the technology and the knowledge that he required to create his music. To continue Orellana build a set of instruments that are analogue models made to perform as if they where electronic instruments. Each instrument has to be performed by following a score written out of a set of symbols and notations that he invented to do so.

Fascinated by Orellana’s unusual take on electronic music, Carlos Amorales and musician Julian Léde commissioned him in 2012 to create his own version of the score for a segment of the classic animation film “Fantasia” by Walt Disney. The filmic registration of the shadows casted on a screen by the instrument’s forms, the notations and the musician became the animation that rounds Orellana’s version.

Views from the studio of Joaquin Orellana, Guatemala City View 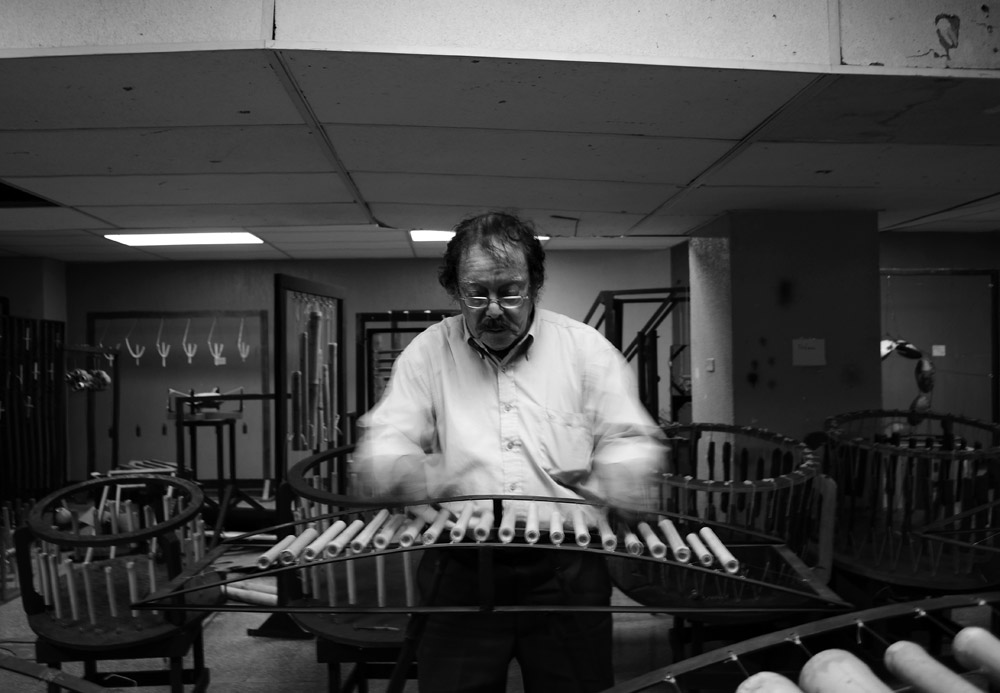 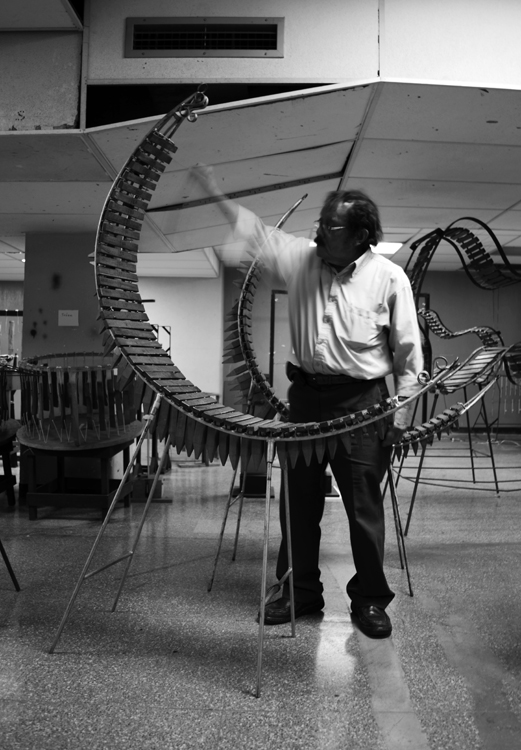 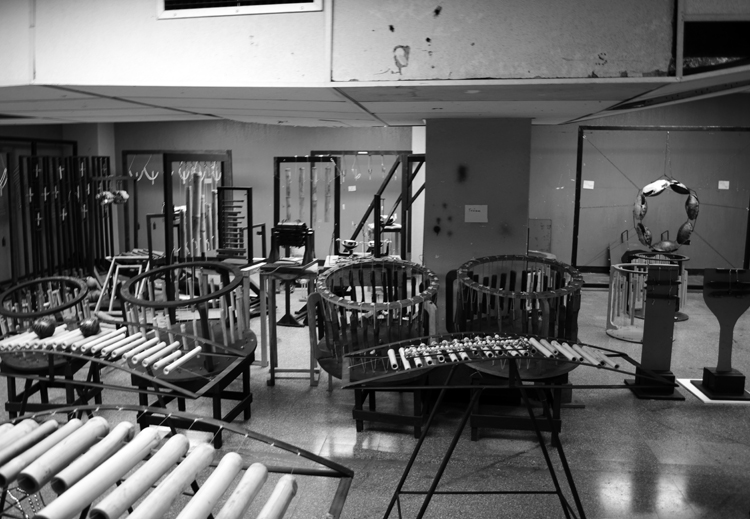 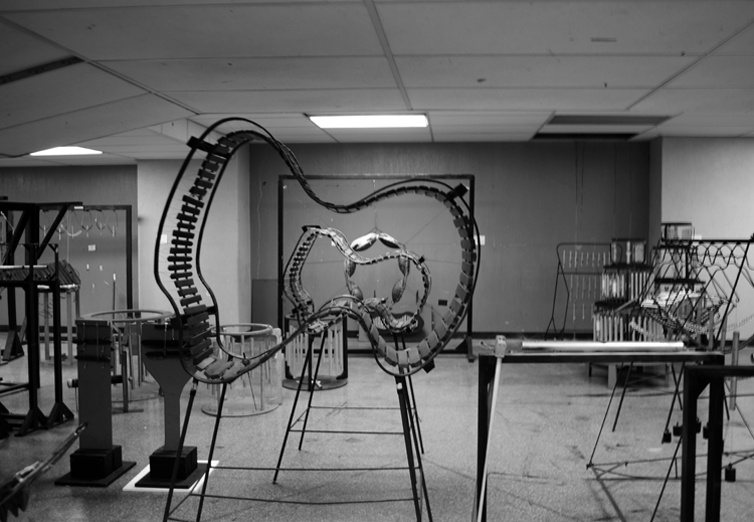 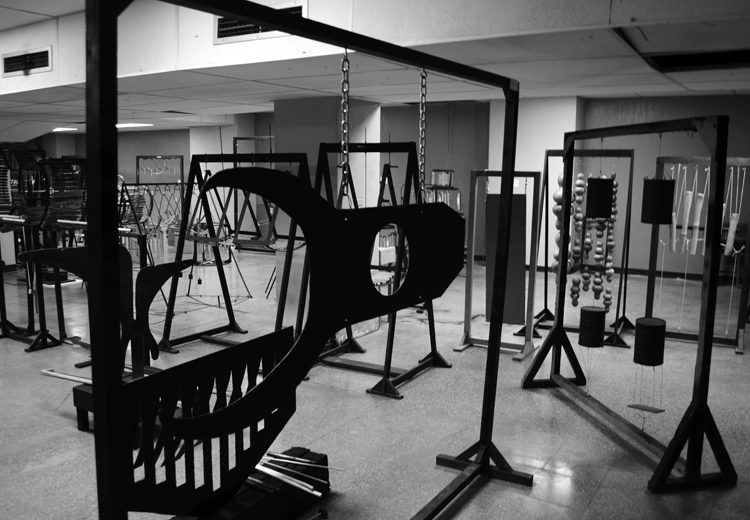 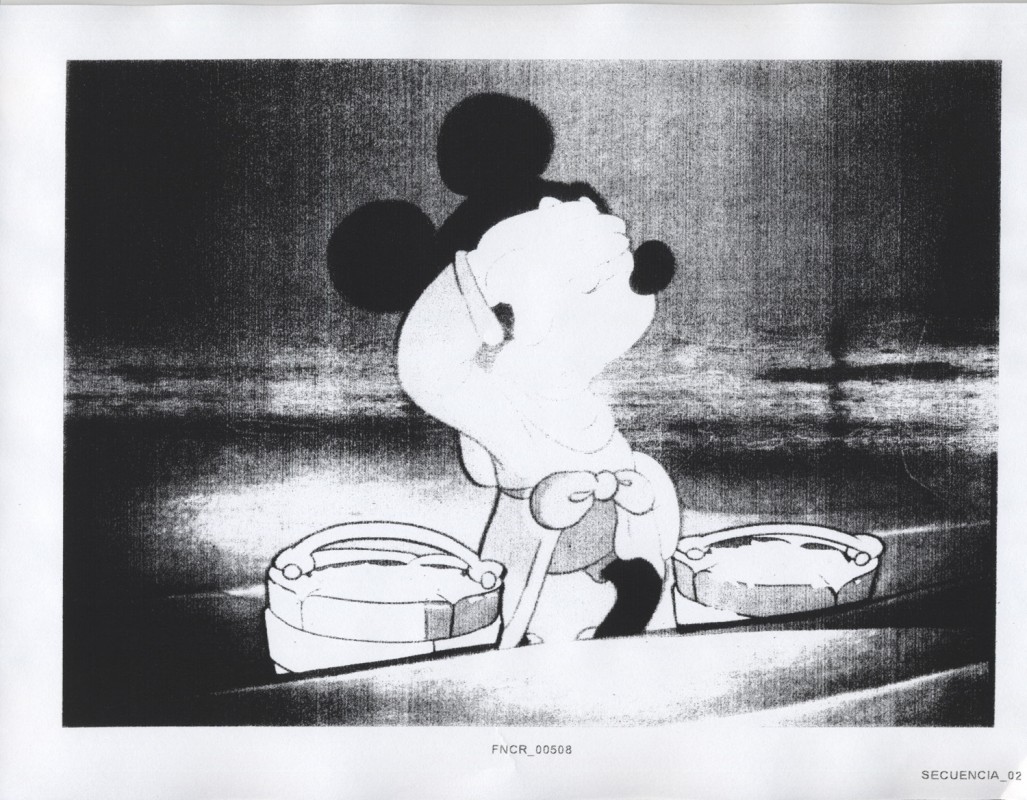 Video Still from the first version of “The Sorcerer’s Apprentice” 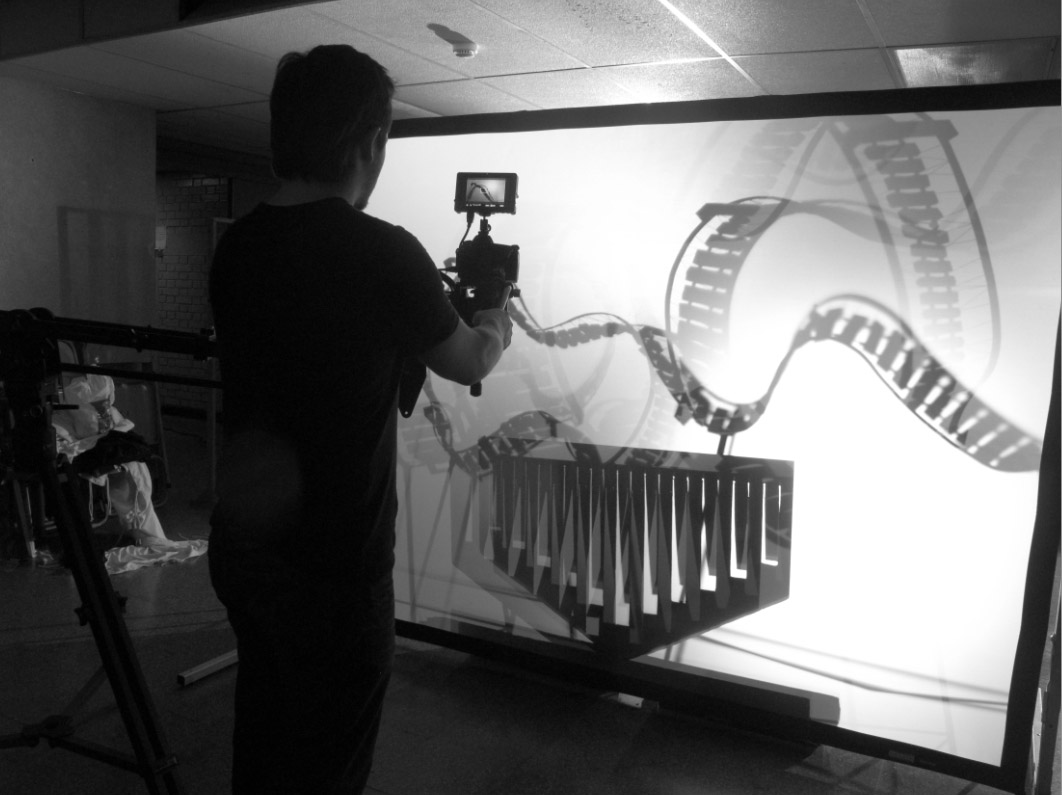 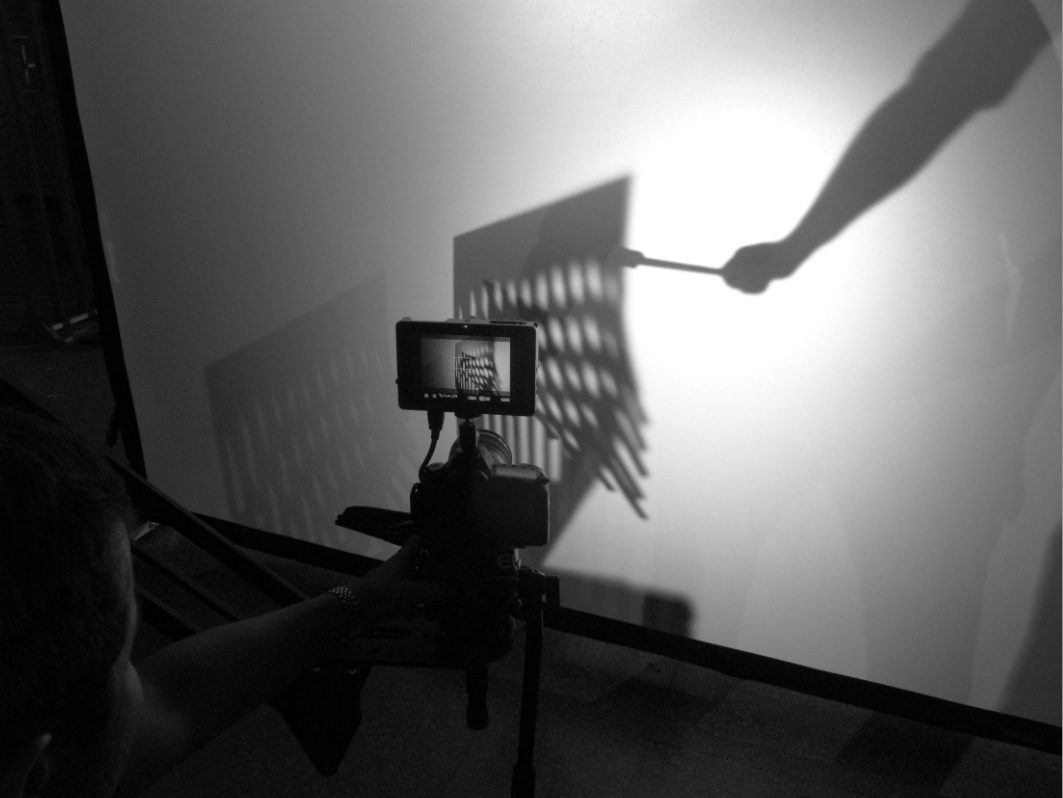 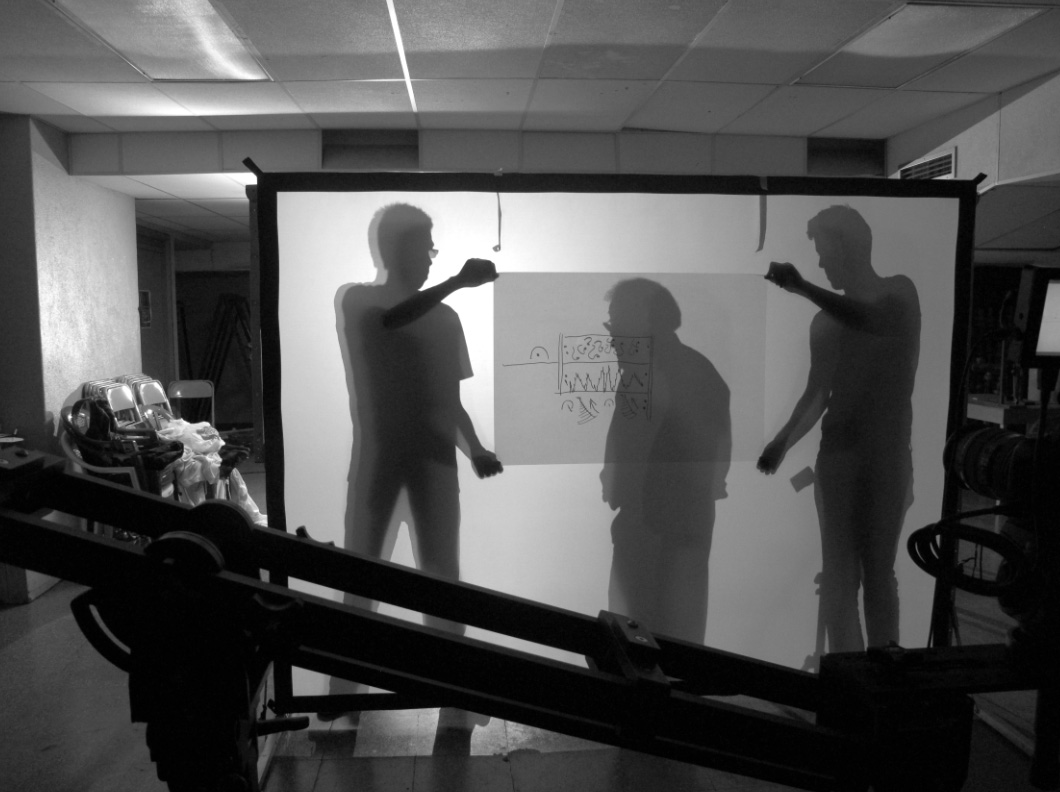 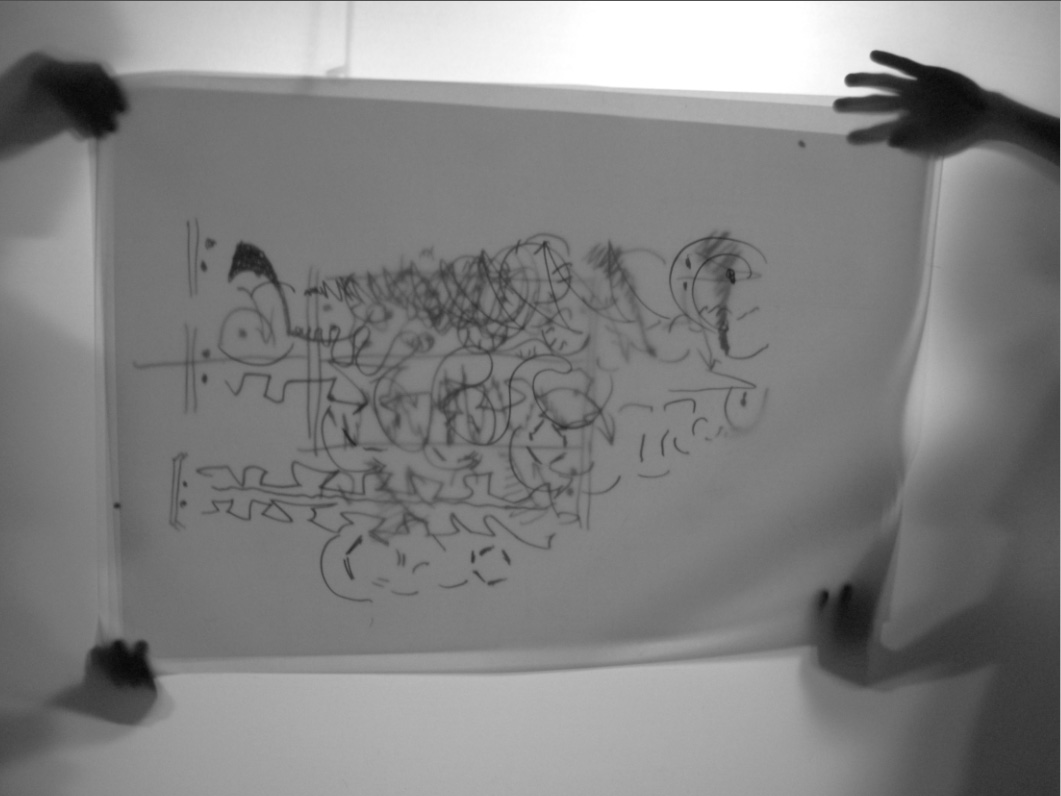