Erased Symphony is based on the idea that existing cultural narratives are subject to erasure, whereby the focus is not only on evident extinction but also processes of disappearance, revaluation, densification, corrosion, etc. in the telling of national, continental, in this case Western, and hegemonial (hi)stories. In Erased Symphony the Emperor Waltz by Strauss undergoes a gradual process of erasure, albeit not the original version is modified but Arnold Schönberg’s transcription of the waltz from 1925 for flute, clarinet, string quartet, and piano. This, in turn, leads to a densification in the complexity and an overlap of historical and contemporary (cultural, political, social) narratives. Amorales already conducted a similar project in which parts of the French Code Civil were erased by jurists who he commissioned to delete, modify, or preserve certain passages according to their own views, their sense and understanding of law, justice, and ethics. Later, he printed an edited version of this book with a specially prepared plotter: He exchanged the cutter needle of the printer with a pencil so it could be erased afterwards. This special plotter is also used in Erased Symphony. The project takes place in collaboration with Klangforum Wien, who will elaborate the erasure and interpretation of Erased Symphony in a close dialogue with the artist and perform it live at the opening of Donaufestival. 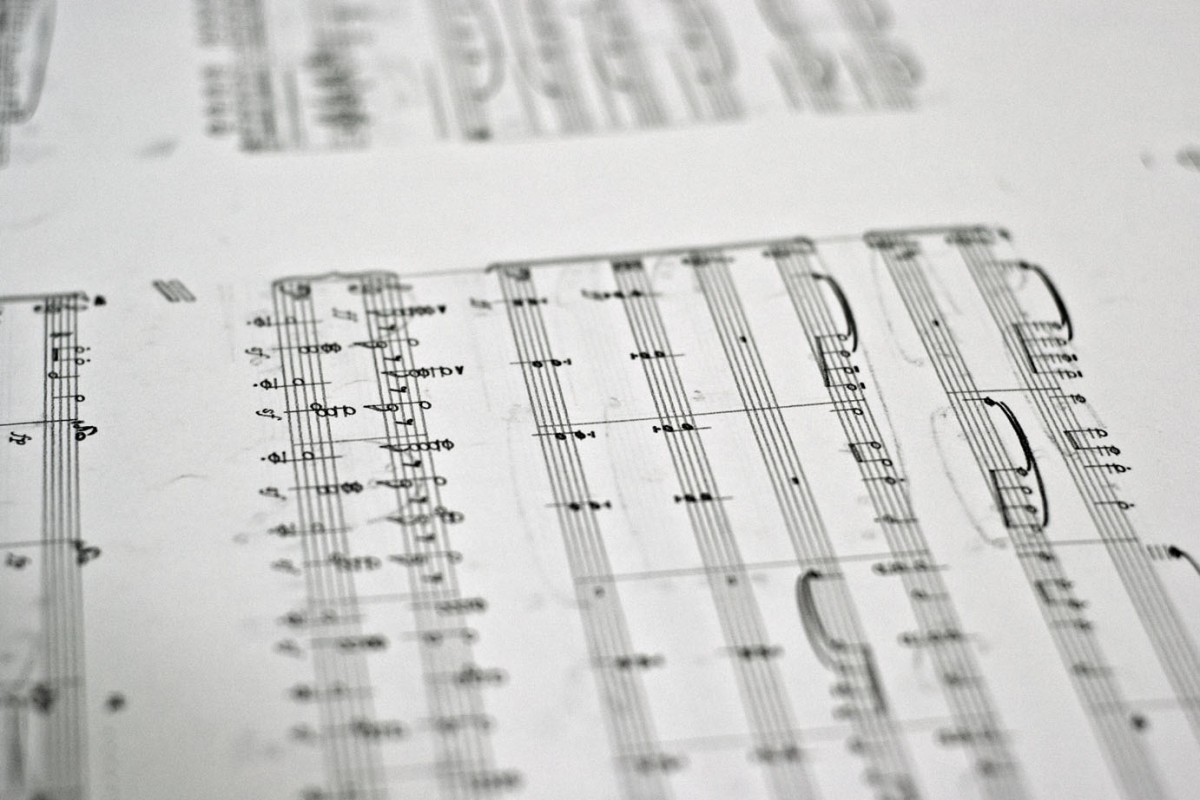 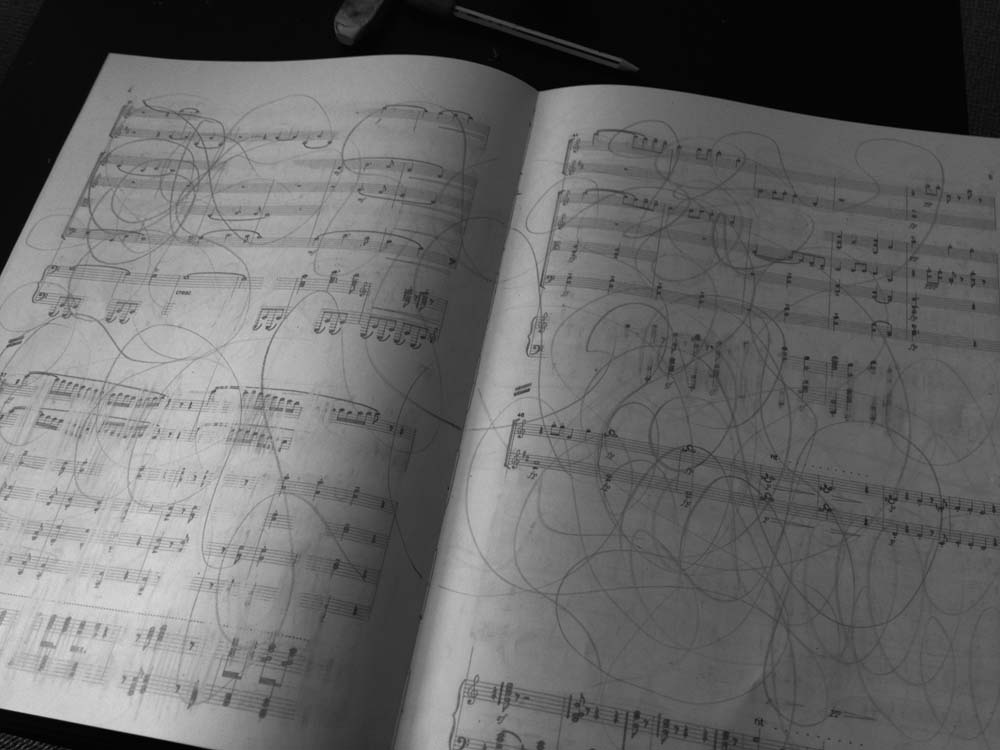 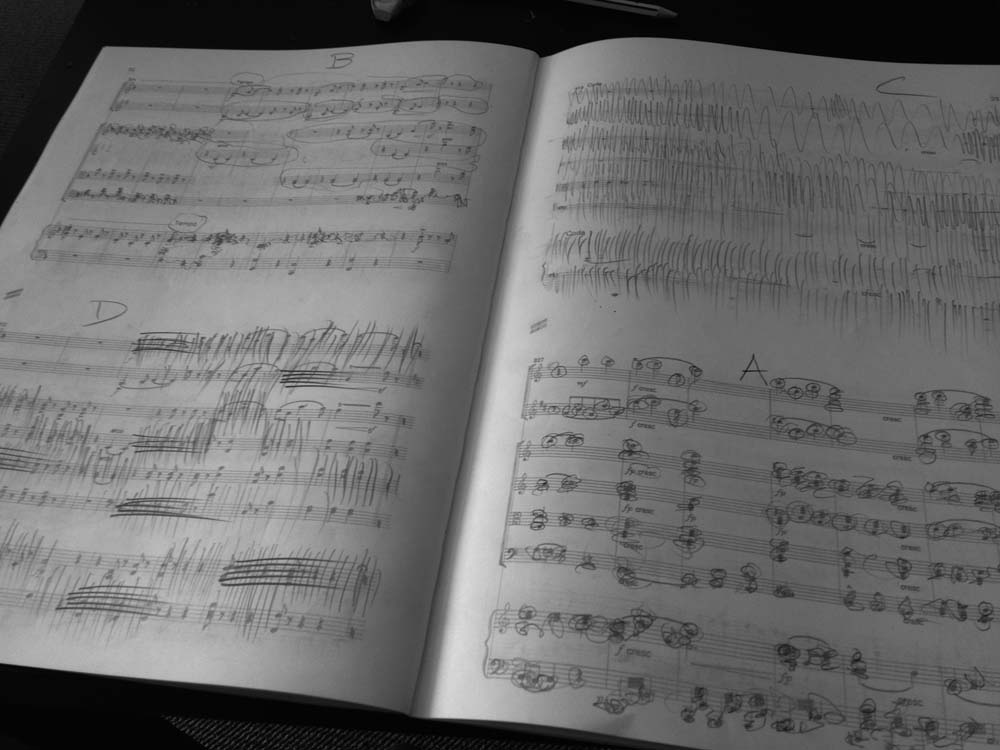 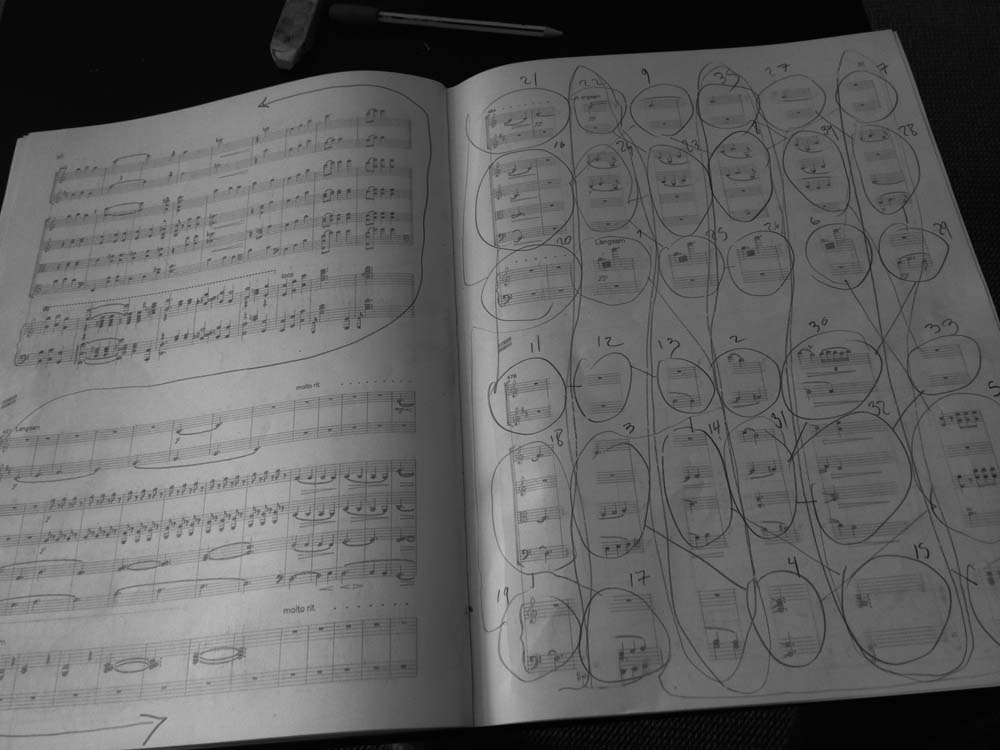 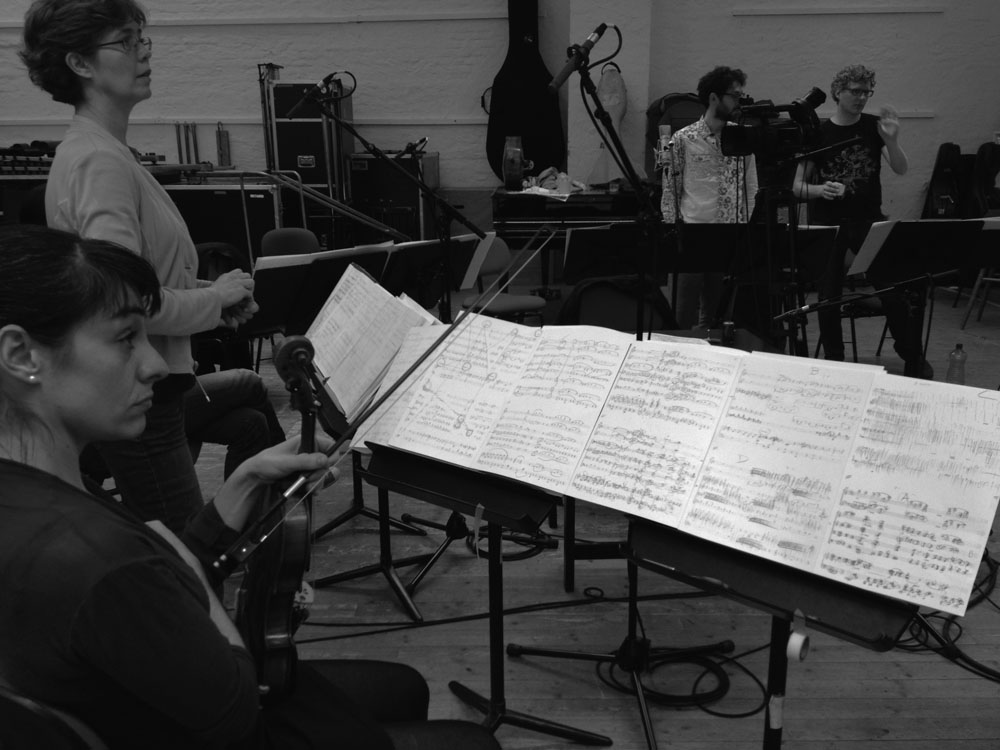 View from rehearsal at Klangforum Wein.